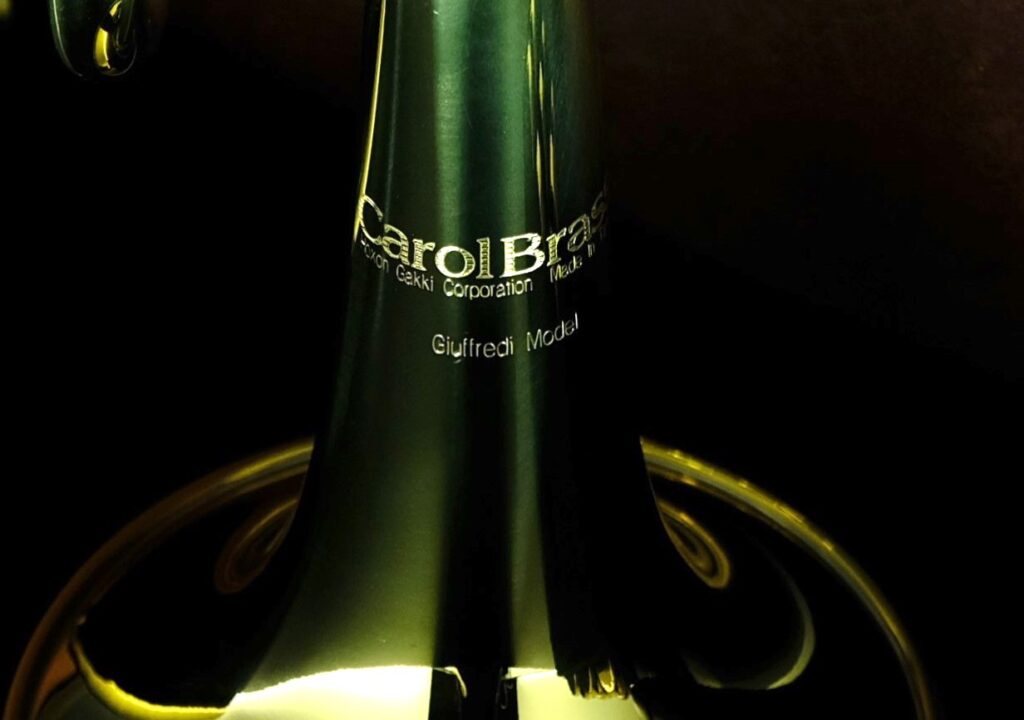 “Andrea Giuffredi is one of the all time
great trumpet players that I know of !”
DOC SEVERINSEN

“The annoyingly handsome and charming
Giuffredi played a dazzling set and, frankly,
I want to be him when I grow up”

Andrea Giuffredi is heralded worldwide as a once-in-a-lifetime virtuoso trumpet artist – truly
one of the finest and most versatile performers on stage today.
Stylistically comfortable in all genres ranging from classical to contemporary, Giuffredi’s heart-warming Bel Canto playing and excitingly masterful onstage presence have resulted in standing ovations, five-star reviews, and memorable performances across nations and cultures. Born in Parma, Italy.
He began trumpet studies at 9, entered the Piacenza conservatory at 14,
and by age 17 was performing professionally on RAI Radio with the
trumpet section of the esteemed RAI Milan Symphony. His freelance career
ensued, as he began performing with the most recognized Italian
symphony orchestras, including the Arturo Toscanini Symphony of Parma,
RAI of Milan and Turin, I Pomeriggi Musicali of Milan, and occasionally with
“Teatro Communale” of Florence and “Teatro alla Scala,” Milan. This
represented over 25 years’ experience as a first symphonic trumpet.
Maestro Giuffredi has performed around the globe alongside of the world’s
foremost conductors, including Riccardo Muti, George Prêtre, Zubin Mehta,
Seiji Ozawa, and many others. He has been a featured performer four
times at the prestigious International Trumpet Guild World Conference
which spotlights the foremost players from all over the world – Doc
Severinsen, Sergei Nakariakov, and Arturo Sandoval.
Dedicated wholeheartedly to the trumpet and music education, Andrea
Giuffredi has presented performance concerts along with Master Classes
and instructional clinics in North and South America, all over Europe and
the Middle East, and throughout Asia, including mainland China.
Commercially, he has played for many years on the Mediaset networks in
numerous successful broadcasts of Canale 5 and Radio Television Italian channel.
In 2008, he appeared as a trumpet soloist in the Italian national TV with the famous Liza Minnelli
In the Pop and Contemporary areas, he recorded solos for successful albums and participated in live tours for the most acclaimed Italian pop singers
His discography includes three critically-acclaimed albums for Summit
Records USA. His most recent recording “Cuore e Passione” was released
in 2018 to outstanding critical reviews.
Since 1993, Maestro Giuffredi has been professor of trumpet at the Civica
Scuola di Musica Milano “Claudio Abbado”